I’m back, in October I was on vacation, so I decided to make the most of it and I took a break from the routine, I was going out of a frantic routine, I kind of needed it, I was about 3 weeks without opening VSCode hehehehehe 😬.

Buuuuuut that does not mean that I was stopped, during the holidays I enjoyed and went to the 3rd edition of React Conf that happened in São Paulo on October 19th, 2019, and this is what I came to tell you a little about the things that I saw it there, but in a nutshell. 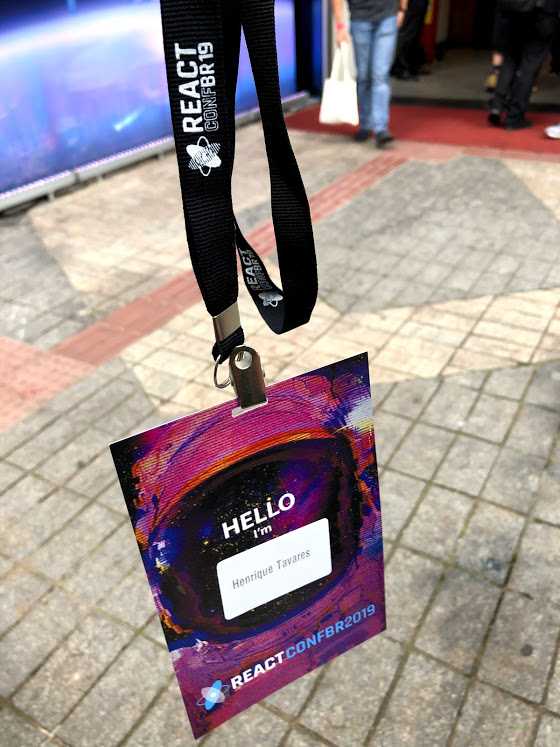 Andrei Calazans, who is a highly regarded guy when it comes to React Native, has brought some of the comparison between React Native and his “enemy” Flutter.

The talk was not meant to say which was the best, but rather the advantages of each depending on the project you are developing. Of course, the market for React Native is much more hectic, besides the fact that using Javascript, which is one of the most commonly used languages today by programmers, you can reuse the same code you developed in React for a web application, with some minor modifications, obviously, to develop mobile.

But Flutter is not far behind, after Nubank(a bank that operates in Brazil) decided to join it, it has grown enormously in the Brazilian market. There are great advantages of it over apps made in React Native, and vice versa, so, as André made clear, it’s a matter of knowing what the purpose of your project is, so that you decide what technology to use, but Always aware that no matter what choice you make, you will not be left behind.

Particularly, during the talk, I understood that for performance reasons, Flutter is a little, but very little, ahead of React Native, but the React Native community knows this, and they are working to improve this issue even more.

Performance with React was a very interesting talk hosted by Larissa Thaís, which makes us think 2, 3 or 4 times about the projects we are working on or are working on.

She begins by asking, “Does your system do well?”

But within that question, there are other questions…

Calm down, come on, if your answer is positive to all of these questions below, you are on a super right path.

These are very important questions that you should always be asking not only at the end of the project, but all the time if you have made a new feature, re-ask these questions, which I am sure will help you.

Again, she asks, But why bother me with this (performance)?

She highlights 2 interesting topics about this question and I will explain why, which are:

To be more straightforward, she outlines some tips for making an objective analysis, which are:

Thinking about the React components she leaves some tooltips:

React DevTools: To check what you have to update in virtual-DOM;

It also recommends isolating frequent update regions, such as a timer, and whenever possible using PureComponet’s or React.Memo.

It was a very interesting talk also presented by João Marins, it highlights the stack that is used by Foton. 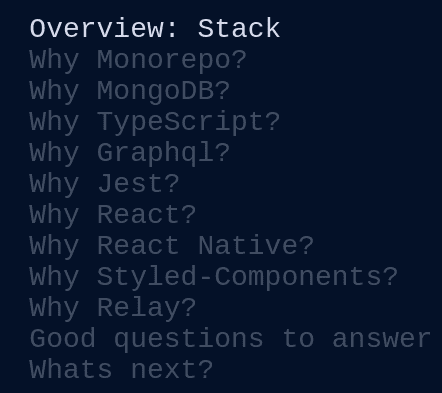 I will give you a quick look at each of these little questions answered by him and with some points of mine.

Why Monorepo? I am not an expert on Monorepo, in fact, I need to go deep, I am not very reputable with the theme, but João explains that they decided to adopt Monorepo for practicality and a few more things that I I prefer not to go deeper because of what I said at the beginning.

Why MongoDB? MongoDB was a decision because it is a NoSQL database, so they decided to adopt it. I have already worked with MongoDB on particular projects, and I love it, besides having a great learning curve is very simple for those who are starting to move and for those who are already moving.

Why TypeScript? TypeScript was one of the subjects that caught my attention in React Conf Brazil 2019, a lot of people have been adopting TypeScript in new projects instead of Javascript. All this is due to the fact that TypeScript gives you more security, and it was one of the reasons I was in John’s stack, and there I was sure it was time for me to start digging into TypeScript.

Why GraphQL? Another technology that caught my attention during React Conf Brasil 2019 with TypeScript was GraphQL not only new projects are adopting but old projects are migrating, the most spoken phrase there was that “GraphQL is here to stay”, so needless to say nothing more. João pointed out that REST was an evolution of SOAP and GraphQL an evolution of REST that is here to stay.

Why Jest? Jest was one of the most mentioned test tools by most speakers, I already use Jest, and it just made me more sure I’m on the right track.

Why Styled-Components? One of the great loves of my life is this little guy there. I was even thinking of bringing a post of his own here, so much that I like it. I tell my colleagues that I can’t handle CSS anymore if I don’t use Styled-Components, and there it also made me sure that it is very high in the market, it is in the stack of big developers and big companies like João and Foton.

These palettes only made me sure that where I work at Zaal and what I have been studying and deepening is on the right track, we have not yet adhered to all tools on the list, but more than half are in use, and some with future plans.

From Enzyme to Testing Library

If you don’t know Testing Library is a very lightweight solution for testing React components. It provides light utility functions on top of ReactDOM in a way that encourages best test practices. The idea of this library is to serve as a replacement for Enzyme.

I once heard a phrase that said, “For you to be a senior programmer, you must be in the habit of writing daily tests,” and this presentation just made me more sure of that.

Well, he points out that Enzyme can:

And it says the things that the testing library does NOT do:

“These are all things the end user can’t do, so your test shouldn’t do either”

It goes deeper and makes the characteristic of each explicit:

ReasonML gave what to say at React Conf Brasil 2019, I had never heard before, it was presented by Gabriel Rubens in a very humorous and very straightforward presentation.

For those who are like this down there like me and have never heard of ReasonML, I will try to explain quickly.

ReasonML is nothing more than the new programming language of … Facebook.

Gabriel made it very clear in the presentation that it is practically impossible to compile error code using ReasonML, I’ve seen it before in Delphi hehehehehe

Just kidding, so why was the talk so “controversial”?

Well, in the end the audience could ask questions regarding the presentation, and Gabriel was very asked if it was worth studying this new language, because in Javascript we “suffered” with the thousands of things that come up, we can not but study 1 day if you want not to be left behind.

So would it be time well spent studying this new language?

Or should we focus on what we are already studying, like Javascript itself, TypeScript etc?

It has generated a debate, but just like everything else in life, everything has its pro and con side, so I leave below the Gabriel slide presentation link and a very good ReasonML article if you are interested in drawing your own conclusions.

Finally, it was also the talk that ended React Conf Brasil 2019, Preston So that came straight from New York ** (seriously, he arrived from the airport and went to talk) **, talked about Gatsby today and Gatsby in the future.

For those who do not know what Gatsby is, Gatsby is a very fast React based website building framework.

And for those who don’t know too, my blog is made in Gatsby.

One of the main points was when he announced that Gatsby is working to improve builds, because when you have a site with many pages, it takes a long time for everything to be “built”, they are aware of it, and are looking for this improvement for an upcoming release.

In addition, the Gatsby Preview which is still in beta was also announced.

Well, Coders, that’s it, I could talk a lot more, but I think the main one I brought here, I hope so. It was a unique experience, and I hope to be back next year to find out what’s coming.

I would like to thank my friend Elan for contributing and helping me to remember some points. 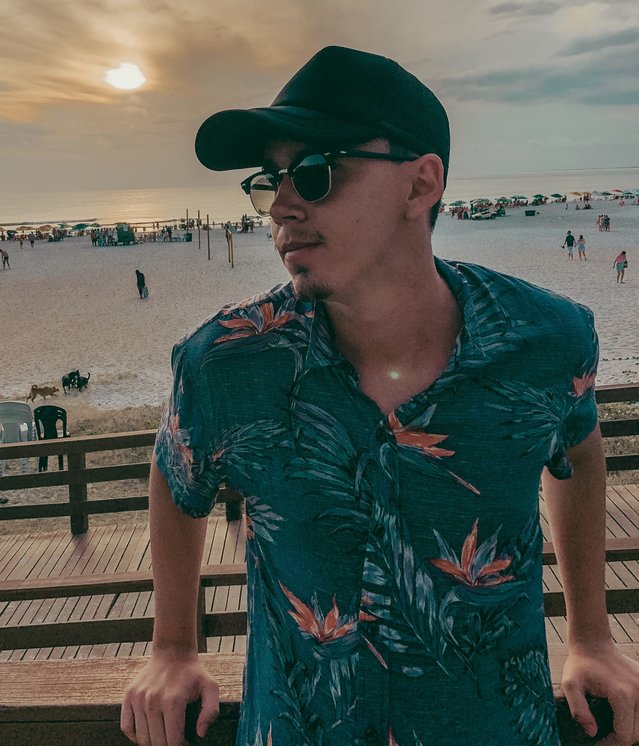